As COVID-19 is spreading around the world, the question is, when will our city/province/country have its peak. We all follow the news and updates continuously. To limit travel and possible exposure we hereby as a precaution suspend the stardust sessions, the summer classes and the regular classes till further notice. We do our best to be as informed as possible on the corona virus outbreak. In the meantime we use our time to improve our courses and create new ones.

Scratch is a graphical programming language, developed by the Lifelong Kindergarten group at the Massachusetts Institute of Technology Media Lab. It is provided free of charge.

With Scratch, you can program your own animations, interactive stories, and games — and share your creations with others in the online community. 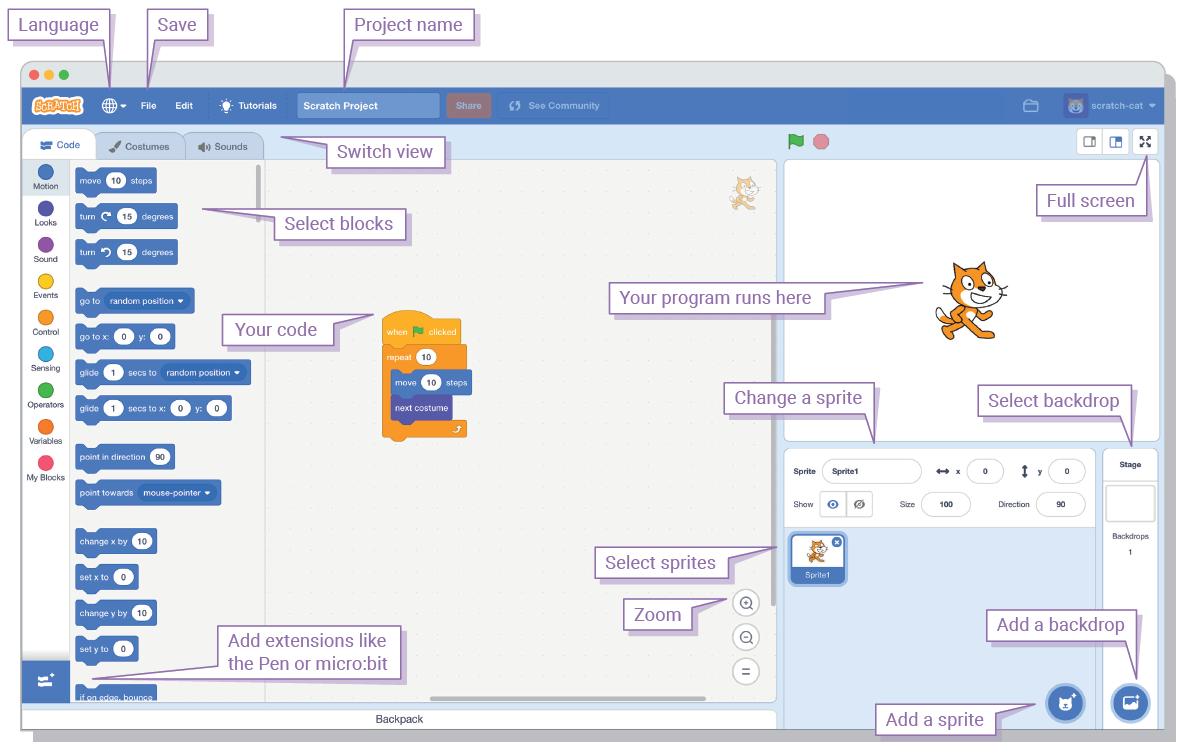 Scratch helps young people learn to think creatively, reason systematically, and work collaboratively — essential skills for life in the 21st century. It allows children to learn coding concepts and create interactive projects without needing to learn a text-based programming language. This means they won’t be slowed down by their keyboard skills or the ability to remember complex code.

Elements such as variables, conditions, and loops are offered as puzzle pieces that kids snap together to write code. It will help the students to focus on their goals to create applications instead of struggling with the syntax of a programming language. It’s a bit like the programming equivalent of LEGO!

If children have a Scratch user account then projects can also be shared online with the Scratch community, giving children a real audience for their creations.

Scratch is designed especially for ages 8 to 16, but is used by people of all ages. Millions of people are creating and sharing Scratch projects.

When children are ready they can try text-based languages such as HTML & CSS or Python, but there’s plenty of opportunity to develop useful skills in Scratch first.

Programming concepts that you can learn during the Kids can Code classes include: